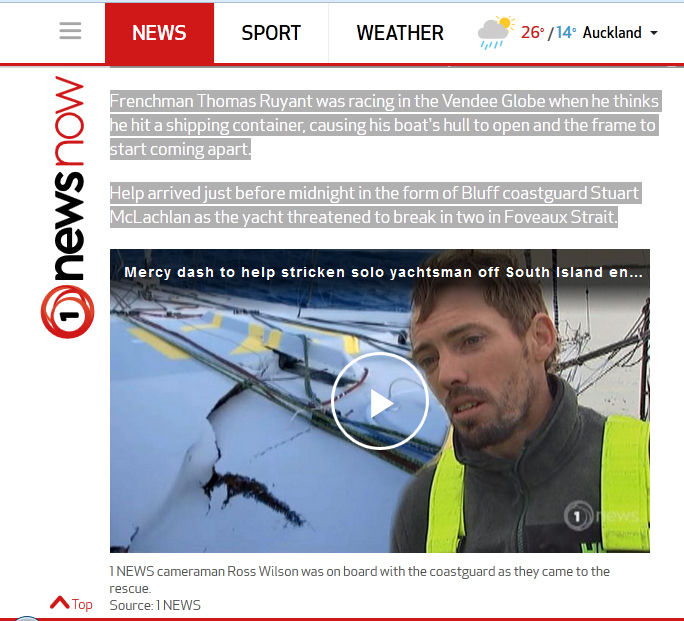 A midnight mercy dash to help a stricken solo yachtsman off the southern coast of New Zealand has helped end a harrowing and dangerous ordeal.

Frenchman Thomas Ruyant was racing in the Vendee Globe when he thinks he hit a shipping container, causing his boat's hull to open and the frame to start coming apart.

Help arrived just before midnight in the form of Bluff coastguard Stuart McLachlan as the yacht threatened to break in two in Foveaux Strait.